The many uses of the Candela Gentle YAG laser include the accurate treatment of a host of blood vessel related lesions. Examples include:

Small, red bumps or flat spots scattered on the arms, legs, trunk or anywhere. They can bleed and often don’t look very nice. Influenced by a person’s genetic makeup, they can be easily erased with a few simple GentleYAG treatments

May also be called cavernous hemangiomas. They are small to large, red or purple appearing nodules or areas on the skin. Often presenting shortly after birth, they can grow during infancy and sometimes resolve on their own. Many do not and persist into adulthood when treatment may be desired. Using the GentleYAG laser, one or a number of treatments may be needed depending on the size and depth of the lesion. Successful in many cases, treatment often results in significantly improved appearance as well as function.

Spiderlike appearing blood vessels that may be present on the nose, ala of the nose, cheeks, chin, forehead, ears and many other places on the body. Usually caused by sun-induced loss of collagen support around the blood vessels.

View our Before and After Gallery

Treatments with the Candela GentleYAG laser are usually quite easy to tolerate. Most of the time, no advance preparation is required although sun avoidance and the avoidance of a tan before treatment is advised. Some lesions may require a series of treatment sessions that may take place over a period of weeks or months. While treatments are tolerated well, you may take advantage of one of several types of anesthesia including advanced topical numbing agents or local anesthesia. There is no downtime except for some mild temporary swelling of the skin in the first 1-2 days after the procedure. Aftercare is minimal.

What Has Been the Feedback From Patients You Have Treated?

Patients continue to be impressed with the results of the Candela GentleYAG. It is a reliably effective laser for many types of vascular lesions and an industry standard worldwide. Our physicians and staff say it is easy to use. Patients who have had the treatments have seen substantial benefits with the GentleYAG. 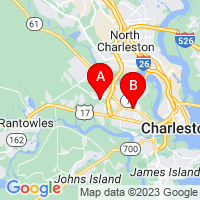