Father’s Day CoolSculpting special. Up to $300 off a treatment.

While “Dad bod” may be attractive to some, there are lots of guys who want to improve their physiques, and minimize dumpy Dad bods. Even though you may have eaten that 4th slice of pizza or quaffed that 5th beer while watching the game, you don’t have to look like it. Especially when you’re working out and trying to keep fit, yet still have those pesky deposits of fat in places where you don’t want them.

According to the Urban Dictionary,:

“Dad bod” is a male body type that is best described as “softly round.” It’s built upon the theory that once a man has found a mate and fathered a child, he doesn’t need to worry about maintaining a sculpted physique.”

Working out doesn’t get rid of stubborn fat

Stubborn fat in places where you don’t want it to be contributes to the doughy appearance associated with Dad bod. Loathe your “love handles”?  Don’t like those “man boobs”? Or your double chin? You can diminish or greatly reduce the appearance of these stubborn fat deposits with CoolSculpting. Give your dad a Father’s Day gift to support all the hard work he’s doing in the gym. Or give yourself  CoolSculpting. After all, you deserve to get the physique you’re earning with all your workouts!
CoolSculpting for Dad for Father’s Day

More from my site 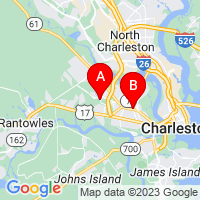